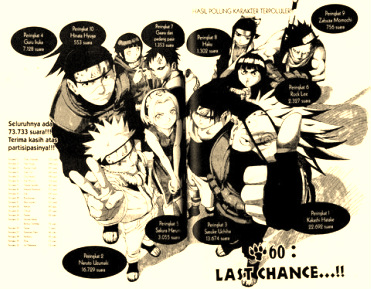 Yare, Yare! Naruko Gaiden
Naruto is outgoing, outspoken, and oblivious. His female counterpart is the same, only she’s engaged, in love with a jounin, and the Hokage loves to dress her up. And she can use mokuton jutsu.
Pairings: Naruko/Reverse!Harem; In Progress: Rated T

The Sound of Pausing Rain
As a girl, Naruto feels the numbness seeping in. What if her precious people came earlier than in canon? Can they bring her back to life? Hiashi is her guardian and Kyuubi and Iruka are fighting over her soul. And if the Kazekage lived and met her, how will Gaara cope with the foreign idea of love?
Pairing: Crack!Pairing Yondaime Kazekage/Naruto (Because I live on crack, dudes –kolkolkolkol~); In Progress: Rated M(R)

Suna no Hoshi
Fem!Naru Minato tells Kushina to flee to Suna, if something were to go wrong in Konoha after his death. Because of this, somehow Naruto is raised in the Sand. "You're the Desert Prince? You look like a girl." "I am a girl." "...Oh."
Pairing: Yondy!Kazekage/Fem!Naru; In Progress: Rated T

Sempai!
She was asked, as a favor to Gaara, to pretend to be his teacher and meet with his father. But when Gaara’s dad shows an interest in her, she isn’t sure why she agrees to Gaara’s request to date his dad. She was already his sempai, Temari’s
pretend girlfriend, and Kankuro’s crush. Saa, what the heck!
Pairing: Yondaime Kazekage/Naruto; In Progress: Rated T

ICONA
Her friends teased her a lot for being a lingerie model, but it wasn't so bad. She was too famous for it, in her opinion, but it paid well and she got free lingerie. But when she visits her cousin Gaara, she might have picked up a strange stalker
-er, admirer.
Pairing: Sasori/Naruto; In Progress: Rated T

Blooming Red Lotus
Kushina and Naruto had been living together alone for years. One day, Kushina tells Naruto that her adopted brother is coming to live with them. What happens when a forbidden, taboo romance stirs between Naruto and her uncle?
Pairing: Yondaime Kazekage/Naruto; In Progress: Rated M(R)

Meido no Yurameki (Coming Soon)
Naruto is a gifted medium. She can hear, see, and feel their pain. They haunt her so much, she chooses to be a civilian instead of a ninja. But somehow, she gets forced into being one anyway. If only they would go away…
Pairing: Naruto/Yondaime Kazekage; In Progress: Rated T

Jigoku Shoujo: Rengoku Suna
Sequel to Jigoku Shoujo: Eikyuu no Sonzai. Madara managed to one up Jigoku Shoujo, but that doesn’t mean Naruto will let him win. With Hell on her side, she’s determined to make Akatsuki pay their dues a second time. And somehow, Gaara and the Sabaku clan get stuck in the middle of it all.
Pairing: Yondaime Kazekage/Naruto; In Progress: Rated T

Kokoro no Kitsune (Coming Soon)
AU. Experimented, trained, and brainwashed. Naruto tries not to be too insane, but he wished he could’ve had a more normal team. It would’ve been a lot easier to pretend everything’s all right.
Pairings: Sabaku!Harem/Naruto, side-KakaNaru, various NaruXothers (het and yaoi); In Progress: Rated T

The Black Dahlia (Coming Soon)
At an early age, Naruto met Kyuubi and has almost completely merged with it. His features vulpine and elfin, the Council uses him to create ties with the other villages and other potential allies.
Pairings: Kage!Harem/Naruto (uses mostly OC Kage), KakaNaru, various Naru/others; In Progress: Rated M(R)

The Lifeless Shades (Coming Soon)
Naruto is one of those rare people with high spiritual energy. This translates into ghost/spirit haunting and then purifications and exorcisms. Damn it. At least he can do Ghost Summoning.
Pairings: Naruto/Mixed Harem (Sakura, Ino, Hinata, Kurenai, Asuma, Kakashi, Sasori, Yondaime Kazekage); In Progress: Rated T

The Craft of Shinigami (Coming Soon)
Naruto wasn’t an ordinary genin when they started. No, he was Captain of Fifth Squad in the Gotei 13, a shinigami with prodigious talent and a great actor. Bleach Cross.
Pairings: Debatable...; In Progress: Rated T

God of Mischief (Coming Soon)
Naruto doesn’t have an ultimate defense. Kyuubi decides he’ll mutate his genes to at least make him telepathic to give him an edge.  That doesn’t go down so well, but it does get him into T&I. He does start eying Madara’s plans.
Pairings: Indetermined; In Progress: Rated T

Hurt
Naruto is fed up with being treated the way he is. Especially by Kakashi. With Naruto finding a companion in a mysterious person, Kakashi needs to make sure Naruto is safe from the blonde's mysterious new friend. While making up with the blonde himself.
Pairing: KakaNaru, Naru/OC; Complete: Rated T

Snapshots of the Universe
Various prompts, themes, etc. answered to the tune of Kakashi and Naruto.
Pairing: KakaNaru; In Progress: Rated T

Rebirth: Rokudaime
Kyuubi’s found a way to escape, leaving to his homeworld. He’s left Naruto a “gift”, transforming the former jinchuuriki into a half-demon. The new kitsune needs to deal with the ups and downs of his new change in life, and gradually accept that maybe he isn’t as alone as he thought he was.
Pairing: KakaNaru, Various/Naru; In Progress *(Indef. Hiatus): Rated T

Jigoku Shoujo: Eikyuu no Sonzai
At midnight, there is a site that can only be accessed then and only if there is hatred and a need for revenge. Type in the name of your enemy and Jigoku Shoujo will send them to Hell. And Naruto will do so.
Complete: Rated T

The Girl in the Tower
After a traumatic event in Naruto’s childhood, the
Hokage decides he needs to reveal her heritage. The Council decides to lock her
away in a certain tower in a certain forest. Rapunzel, Rapunzel, let down your
hair.
Pairing: KakaNaru, Yond!Kaze/Naruto, possible Killer Bee/Naru...; In Progress: Rated T (possibly M(R))

The Exchange Program
In a show of
good will, Sarutobi sends his recent graduating genin to
Suna.
Pairing: Yondaime Kazekage/Naruto; In Progress: Rated T

Rush, Jump, Roll
A world where Naruto is an acknowledged but kept quiet jinchuuriki, and war
amongst the five shinobi nations is brewing. The should have been but isn't
Fourth Kazekage finds her and kidnaps her for Suna and now they're stuck
together.
Pairing: Yondaime Kazekage/Naruto; In Progress: Rated T

Kage
Chapters of
Naruto's liasons with various kages. Some linked to the Black
Dahlia.
Pairings: Kages/Naruto (OC kages, but considering canon ones to write); In Progress: Rated M(R)

Right Here Waiting
After the events in Hurt, Naruto and Kakashi
travel with Tsuna to Otokagakure to help settle affairs. However, Naruto and
Kakashi still have unresolved issues. Maybe they can reconcile, but it seems
unlikely as not only Tsuna but others tempt Kakashi to either kill someone or
back down in defeat.
Pairings: KakaNaru, Various/Naru, side-Sasuke/Naruto; In Progress: Rated T

Heaven Sent
Naruto has requested a team transfer and
Orochimaru is his new sensei. Team Seven are angry at the turn of events and
Tsunade is worried Naruto might be corrupted by her teammate. Jiraiya strangely
doesn’t know where he stands. The world might need to get ready for another
Orochimaru in the coming.
Pairings: KakaNaru, Various/Naru; In Progress: Rated T

A Series of Kakashi Events
Kakashi was a brilliant shinobi at a young
age. He had the best jounin sensei after all. His crush, Naruto-sensei. So what
happens when he meets his future self from an alternate timeline, where Naruto
is his student?
Pairings: KakaNaru, NaruKaka, NaruOthers; In Progress: Rated T 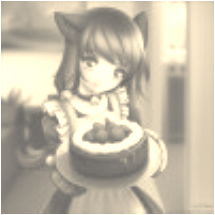 I'll give you a treat, if you leave a greet!