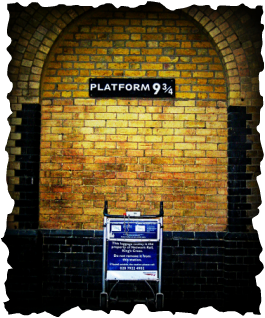 Blue Foundation (Coming Soon)
Apathy. It’s a dangerous path. After Sirius’ death, Harry’s life continues downhill as he finds out about betrayals, manipulations, lordships, and delves into politics and power plays as he transfers to Beauxbatons and champions for several gods. Unsure of people, Harry lives life in either an air of resignation or detached indifference. Yet, cold calculation is there and subtle (and not) revenge is designed.
Pairings: Harry/OMC (3x), platonic sexual relationship between Harry/Fleur and Harry/Hermione, with odd sides of smidgens of Lucius/Harry/Narcissa, Remus(from his wolf’s standpoint)/Harry, several gods/Harry…/In Progress: Rated T+

Innocence Cannot Be Granted (Coming Soon)
Harry Potter has been sentenced to Azkaban for life for the murder of sixteen people. Now it is two and half years later and he has escaped. Without meaning to, he escaped to Hogwarts, Founders' era.
Pairings: Godric/Harry/Salazar; In Progress: Rated T

Innocence Cannot Be Granted Redux (Coming Soon)
After fourth year, everyone believed Harry when he said Voldemort is back. War immediately commences and Harry is thrown into the role of one of the Light’s leaders. Even after Voldemort is killed, Harry can’t stop the war from consuming him. And then he is thrown into Azkaban on charges of being a threat to the populace, maybe even the next dark lord. A year later, at eighteen, he escapes to Hogwarts, Founders era.
Pairings: Godric/Harry/Salazar; In Progress: Rated T

Powder Blue Renaissance
Fem!Harry. It was Harry’s 4th year and things seemed to be sailing smoothly. She was the vampire Sanguini’s Familiar, she was fed and clothed properly, etcetera. Then she’s thrown into the Tournament and once again her life is at stake. She’s not sure she’s going to stand for it this time.
Pairings: Main Reverse!Harem, Ludo/Harry, plausible future Barty Jr./Harry, quirky Sanguini/Harry, everyonejokesteasesmesseswith!Harry, Viktor/Hermione, Fleur/Bill, one-sided Cedric/Harry, one-sided Cho/Cedric, Ron/Luna, Neville/Ginny, Sirius/Remus…; In Progress: Rated M(R)

The Anthem Lights of the Heavens
Immediately after the Department of Mysteries, Harry gets assigned an Auror bodyguard. While not happy, Harry doesn’t mind the idea of messing with the man’s head, or scheming how to put this to the Potter Side advantage.
Pairings: Harry/OMC; In Progress: Not Yet Rated

The Marriage Play (Coming Soon)
A drunk James Potter makes a bet and years later, the cliché Marriage Law. By that token, Aidan Lynch has to marry Harry Potter. What an interesting year.
Pairings: Aidan Lynch/Harry Potter; In Progress: Not Yet Rated

Dear Old Hogwarts (Coming Soon)
For Hogwarts, there must always be a headmaster. Without one, there would be dire consequences. So what happens when Dumbledore just dies suddenly?  And what happens when the Founders have to take over for a while so they can find a new headmaster?
Pairings: The Founders/Harry; In Progress: Rated T

The Potter Diaries: Reading the 4th Champion
The Champions and two Ministry judges are supposed to read brief summaries of the Champs’ lives. Hogwarts forces a lockdown and gives them detailed books about the 4th champion instead. Damn, Harry didn’t know everyone else would get to read them too.
Pairings: Canon for 4th, overall canon pairings will probably be dismissed (I’ll probably keep things gen/no pairing). Though, I’ll probably will include jokes and hints (that can be meaningless); In Progress: Rated T

Forsake Thy Virtues
Harry had always believed his parents were dead. That was half true. His mother was still alive. She's now Hawkgirl and Harry can't find it in himself to let go of the past. Justice League Crossover.
Pairings: Harry/Ares, Oliver (Green Arrow)/Kara (Supergirl), Wally (Flash)/Raven…; In Progress: Rated T

Stranger Happenings
The books happened. And then Harry decided to happen. So he did, living his life and traveling the world. Then Teddy comes into his care and he decides to settle down in Forks, somehow drawing attention even when he doesn’t want it. Teddy is just exasperated and having his own fun. Twilight crossover.
Pairings: Harry/Marcus, Bella/Carlisle, Alice/Jasper, Emmett/Rosalie, Esme/Charlie, Teddy/Leah, Sam/Jacob, Edward/Tanya…; In Progress: Rated T

Time of the Season (Coming Soon)
After acknowledging Voldemort’s return, the Ministry is insistent on hiding Harry away. Now, for past three years, Harry has been secreted from place to place, with his whereabouts known only to his tutors and select Ministry officials. Now, the story begins in post-pulse Seattle, where Harry is now staying, and maybe finally have a life. Dark Angel crossover.
Pairings: White/Harry, Max/Alec, Remus/Tonks, implied and slight Max/Logan…; In Progress: Rated T

Illuminating His Smile
David Xanatos is told that a new member of the society is rapidly reaching the top position. When he is asked to take in the new member, he didn't expect the new member to be fresh from "high school". Cross with Harry Potter and Gargoyles.
Pairings: Harry/Owen (Puck); In Progress: Rated T

Paint the World Black (Coming Soon)
Cyrus Kriticos had no idea what he was getting into when he’d hired the British family Dursley’s as caretakers for his recreation of the Ocularis Infernum. Nor did he have any idea that he’d have to deal with newly coined necromancer/exorcist Harry Potter, who may just end up destroying all his plans for his nephew and his family. Cross with 13 Ghosts.
Pairings: Harry/Horace Mahoney; In Progress: Rated T

Saints and Angels
Poseidon couldn’t let Percy go unprotected any longer. What better way to escape death than to ask a favor of the God of Death himself? Now Thanatos sends out his only demigod son to play bodyguard for the Son of Poseidon. Only Harry Potter hasn’t quite recovered from his stay in Azkaban. Percy Jackson Crossover.
Pairings: Hermes/Harry, Luke/Percy, Chris/Clarisse, Charles/Silena…; In Progress: Rated T

What's Left to Lose? (Coming Soon)
Harry has nothing left to lose. His family and friends are gone, his world is destroyed, and he's all alone in a world where magic is fictional and demons and angels run rampant. John Constantine is the only one to save him. Well, and a demon of course. Constantine Cross.
Pairings: John/Harry/Balthazar; In Progress: Rated T

The Irony of Magic (Coming Soon)
After letting himself fall into the abyss, Loki surprisingly ends up on earth. And to be found by a curious teenager by the name of Harry Potter, who has a few secrets up his sleeve.
Pairing: Loki/Harry; In Progress: Rated T

The Magician’s Bag of Tricks (Coming Soon)
Harry somehow ends up thrown WAY into the past in a different universe, like in the beginning, and becomes Primus. He decides to mess with this Harry’s life and throws in Bots and Cons.
Pairings: HarryxBots/Cons, HarryxDylan; In Progress: Rated T

Memories That Haunt
Who is Echo really? Is Echo really Caroline Farrell? Or is she someone completely different? How did she really get into the Dollhouse? What a laugh. Echo knew all of that. Who is she really? Harry Potter, former savior of the Wizarding World. Now? A broken Doll. But she refused to stay broken.
Pairings: Laurence/Echo (Harry Potter), Topher/Claire, slight Paul/Mellie, slight Paul/Echo, and slight Boyd/Claire; In Progress: Rated T

The Lost Girl
The war was over and Harry was cast out. They hadn’t even given her a chance to make sure Voldemort was dead. No, they banish her and send her back to her muggle relatives, to which Vernon finally gets rid of her by giving her to the Dollhouse.
Pairings: Laurence/Harry (Romeo), Topher/Ivy, slight Paul/Mellie, slight Paul/Echo, Adelle/Victor/Sierra, Alpha/Echo, Claire/Boyd/Ramirez. Crack pairings of the century, hahaha!; In Progress: Rated T

Glass Blown Emeralds
The Fourth Kazekage was supposed to have died. Instead, he’s transported to another world, where he has to help Harry Potter find things called Horcruxes and destroy them. Then tables are turned and Harry’s brought to his world.
Pairings: Fem!Harry/Yondaime!Kazekage, Obito/Naruto/Kakashi

The Rose Garden’s Thrones of Thorns
Harry Potter, with no memory, was thrown back in time and reverted to a babe and female, and adopted by the Gould family. Her guardians end up being Barricade, Starscream, and Soundwave, but it’s her brother who seems to care for her the most. So where does this fit them all now, against the Autobots?
Pairings: Main Dylan/Harry, slight (?) Decepticons/Harry, and side Sam/?; In Progress: Rated M(R) 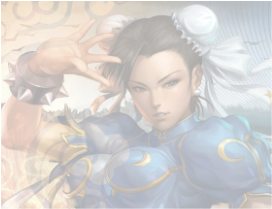 The hit I get from you, makes me addicted and lose my cool. So tell me a little more, and I will give you me heart and soul.