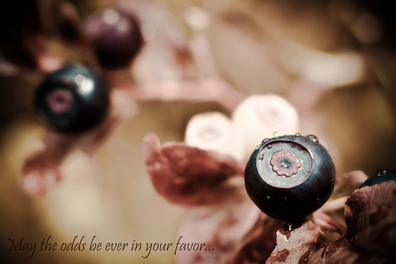 Caged Nightingale
Peeta dies. Katniss isn't returned home and is forced to live in the Capitol. Seneca tries to be her salvation. AU series with exploring life in the Capitol for Katniss and the stirrings of rebellion still moving despite it all. Seneca/Katniss build up.
Pairings: Seneca/Katniss, ambiguous Gale/Katniss, one-sided (almost not) past Peeta/Katniss; In Progress: Rated T

The Right to Revolutionize (Coming Soon)
When people's rights are violated, it is their right to overthrow the government. Katniss decides to start the revolution much earlier. The youth are important after all, and alliances can be formed outside of the games.
Pairings: Seneca/Katniss, others unknown for now; In Progress: Not Yet Rated

Bruises on Her Ego (Coming Soon)
When Katniss is made the lone victor and Peeta is left in a coma, she learns what it means to be a certain type of victor. Finnick Odair becomes her new mentor and tries to learn her new role without falling in love.
Pairings: Seneca/Katniss, sort of Finnick/Katniss, Katniss/Others; In Progress; Rated M(R)

Much Ado with Ostentatious Fashion (Coming Soon)
Complete AU, no games. In which Katniss dreams of being a famous fashion designer and travels to the Capitol to make that dream come true. She expected hard work, but not for it to be brutal, crazy assassinations, and everything else.
Pairings: Seneca/Katniss (duh, haha), others unknown; In Progress: Rated T

Because Reality Sucks! (Coming Soon)
Mostly crack!fic. Remember all those comparisons to reality shows from critics? This is what happens when the games really do turn out like that. Katniss grouchily hands out roses, there's weird challenges, and big brother is watching.
Pairings: Seneca/Katniss, others unknown; In Progress; Rated T

Third Time's the Charm (Coming Soon)
In a twist of fate, Katniss actually goes through the games three times in a row. Each time, she and Seneca Crane have a memorable encounter. But the third may be the last...
Pairing: Seneca/Katniss; In Progress: Rated T

You're Magical, Lyrical, Beautiful (Coming Soon)
Because she's fascinating and he wants her. A very planned impromptu visit to Katniss Everdeen's room in the dark of the night.
Pairing: Seneca/Katniss; In Progress: Rated M(R)

We Are -How the world is in Panem, a little deeper into the Capitol citizen's attitude (beside being frivolous, blind, selfish, and even either bloodthirsty or ignorant), and them realizing the truth about themselves and their attitudes and that they are all really guilty. And in return, how the rest of the Panem's general feelings towards them.(See the devil on the doorstep now...Telling everybody ,oh just how to live their lives. Sliding down the information highway, buying in just like a bunch of fools. We've never been so many and we've never been...So alone. Keep watching from your picket fence, you keep talking but it makes no sense. You say we're not responsible, but we are, we are. You wash your hands, you come out clean but fail to recognize the enemy's within...Riding piggy on the bad boys back for life. Lining up for the grand illusion. No answers for no questions asked. Lining up for the execution without knowing why...It's all about power, 'bout taking control. Breaking the will, engraving the soul. They suck us dry 'til there's nothing left.)

Animal I Have Become -The tributes, what they feel and become in the Hunger Games (Tributes HG theme). (I can't escape this hell. So many times I've tried, but I'm still caged inside. Somebody get me through this nightmare. I can't control myself. So what if you can see, the darkest side of me? No one would ever change this animal I have become. Help me believe, it's not the real me. Somebody help me tame this animal.)

If Everyone Cared -Because this is what everyone wishes the world was like, and how the victors and the districts feel and just glad to be alive. (If everyone cared and nobody cried. If everyone loved and nobody lied. If everyone shared and swallowed their pride. We'd see the day when nobody died. And I'm singing amen I, I'm alive...And in the air the fireflies, our only light in paradise, we'll show the world they were wrong and teach them all to sing along.)

Highway to Hell -District 12's theme, because they have the suckiest and poorest district, which is as close to hell on earth as anywhere. And if the Capitol equals Heaven, the districts in between as a declining mortal realm, then District 12 becomes the highway to hell on the other side. So they might as well embraced that. (I'm on the highway to hell. No stop signs, speed limit, nobody's gonna slow me down. Like a wheel (ooh), gonna spin it. Nobody's gonna mess me around. Hey Satan, payin' my dues (pay my dues), playin' in a rockin' band. Hey Mama, look at me, I'm on my way to the promised land, whoa.)

If I Die Young -Tributes' theme outside games, especially Katniss. (And I'll be wearing white when I come into your kingdom, I'm as green as the ring on my little cold finger. I've never known the loving of a man, but it sure felt nice when he was holding my hand. There's a boy here in town says he'll love me forever, who would have thought forever could be severed by the sharp knife of a short life...Well I've had just enough time. Put on your best boys and I'll wear my pearls, what I never did is done. A penny for my thoughts...No-No, I'll sell them for a dollar. They're worth so much more, after I'm a goner. And maybe then you'll hear the words I've been singing. Funny when you're dead how people start listening. If I die young, bury me in Satin. Lay me down on a, bed of roses. Sink me in the river, at dawn. Send me away with the words of a love song...The ballad of a dove. Go with peace and love.)

Don't Mess With Me -Snow's Theme Song (Current), because it describes how I picture he (in his youth) climbed through the ranks to become the President, and also his current attitude and that he won't let anyone get in his way. (Had a master plan, now I rule the world...Took 'em by surprise, worked my way up hill. They looked into my eyes, I became invincible...No one can stop me for only I am in control. If you want me you'd better contact my people. In my crown, I am king. I love their endless worshiping. I am raw, a dinosaur, but I will never be extinct. So don't mess with me, I'll shoot you down. Don't mess with me...'Cause all your heads are gonna roll, I've made your misery my goal. So if you want survival, kneel on my arrival for this is how I rule the world.)

Bodies -Tributes in Hunger Games battle song. Seriously. Especially when they start killing and bodies really are dropping (Cornucopia, anyone?)

Hotel California -One line in there speaks about the Capitol

They Don't Care About Us

Sexy and I Know It 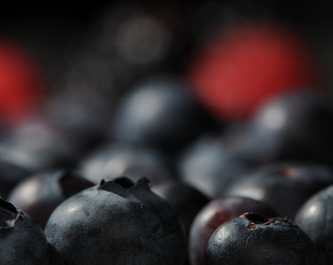